Davido And Chioma, Who Is The Richest Singer In Nigeria?, Wizkid Fans

I Admire Erica A Lot, But For Now, I Don’t Want A Relationship That Will Lead To Marriage – Kiddwaya (Videos) - Celebrity - Brainbooster

Brainbooster/Entertainment/Celebrity/I Admire Erica A Lot, But For Now, I Don’t Want A Relationship That Will Lead To Marriage – Kiddwaya (Videos) 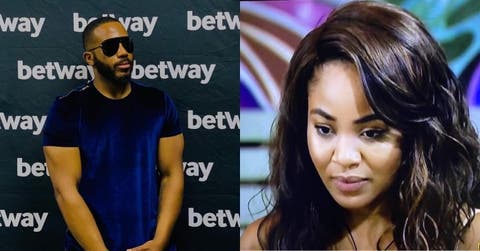 Former Big Brother Naija housemate, Kiddwaya has cleared the air about his relationship with disqualified housemate, Erica Nlewedim. In a recent interview with Beat F.M, the billionaire’s son said he admires Erica a lot and he knows they will definitely do businesses together, but for now, he doesn’t want a relationship. According to entrepreneur, he wants People to understand that Erica doesn’t need a man to be big or to succeed. He said he wants the world to know that she can be powerful on her own without the help of a man. He further mentioned that he wants to focus on himself right now and he’s sure she’s doing the same for herself. When asked if he was ready for marriage he said no and that he will give his heart to any girl that he wants to marry. From that statement, most people concluded that he didn’t give Erica his heart.